Scriptures for today are here.

What’s the difference between change and transformation? A writer named Lenn Milam talks about this. A change happened recently in the town he lives in – a new stop sign was put up at an intersection he drives through on a regular basis. That’s the kind of change that requires you to adopt different habits, right? Only one day he sort of rolled through the new stop sign, seeing no reason to change his old habits. And immediately, of course, he heard a siren behind him. He got a ticket for running the stop sign, but more important, he got a lecture from the police officer about why the stop sign was there, about how many accidents there had been at this intersection, about people the officer had personally seen hurt there because of their own or other drivers’ carelessness. And it caused a change in heart – a realization that rolling through this intersection as he had been doing for years could have terrible consequences. And it was that change in heart, not the stop sign, that led him to change his behavior from then on. The stop sign was a change – the new understanding was a transformation.

Business writers talk about this: change happens when management creates a new rule that people are supposed to follow. Transformation happens when employees work together to discover what changes would be best for the company’s mission. Change is imposed from the outside – all of us undergo change. We get older, our health changes, our jobs change, our relationships change, children grow up and move away – changes are things from the outside that we have to adjust to. But transformation comes from the inside – transformation is a shift of fundamental beliefs and priorities.

And transformation that comes from the inside, versus change that is imposed from the outside, is far more likely to produce lasting differences in the way people behave. The writer Flora Slosson Wuellner says in her bookTransformation: Our Fear, Our Longing, “Transformation involves much more than mere adaptation to outer manipulation. Transformation implies new being, new creation rather than change.”

Change happens to all of us. But transformation is our choice. Transformation happens inside us because of an epiphany – a revelation. A person getting a ticket for rolling through a stop sign changes his behavior because he has an epiphany that someone could get hurt, and it might even be him.

In the Bible, people have epiphanies when they look at Jesus and realize new truths about him. In the church, we are celebrating the season of Epiphany now. During Epiphany, we read one story after another of how Jesus was revealed to the world, and how people were transformed as result. Epiphanies bring transformation. And transformation happens because at the deep, interior, cellular level, people change their beliefs and priorities, and at our best, transformed, enlightened people can inspire whole communities, even nations to new ways of being.

It is clear from the beginning of Jesus’ ministry to the end that he came to bring about transformation. Nowhere is this more obvious than in John’s gospel. John is an artist, and nothing he writes is accidental or meaningless. So when today’s gospel begins, “On the third day,” we are supposed to sit up and pay attention. In the arc of the story that’s happening, John is talking about the third day after Jesus first called his disciples to follow him. But in the wider story that John is telling, we know first of all that the “third day” was the day when Jesus rose from the dead, the day of new creation.

And looking back to the beginning of John’s gospel, we see parallels between John and Genesis, the very first book of the Bible, with the creation story, the original story of transformation, when all things came to be. John opens his gospel with the words, In the Beginning, just like Genesis. In John’s first chapter, he tells us that Jesus was right there in Genesis, with God from the very beginning of creation, that Jesus WAS the very Word God spoke to make creation come into being: Let there be light.

And that first chapter of Genesis goes on to tell us, poetically, what happened after the beginning: the seven days of creation and what God did on each day. (Parenthetically – the creation story in Genesis is not intended to be a scientific treatise; it’s intended to be a theological one – not a conflict with science.) Back to Genesis – on the third day of creation, it says, God separated the land from the seas, and planted seeds that brought forth plants and trees. So, on the third day of creation, the land begins to flower and blossom.

Which is exactly what John says is happening at this wedding at Cana on the third day as water is not just changed, but transformed, to wine. Jesus has come into the world to bring transformation, new creation. In this miracle of turning water into wine, God’s new creation in Jesus is beginning to flower and blossom. 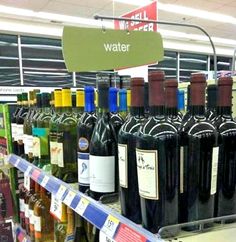 Now of course this miracle gives rise to many jokes: invite Jesus to your next party! He’ll bring the wine! Changing water into wine can seem trivial, a little parlor-trick miracle, and for years I thought it was. I couldn’t understand why Jesus would waste his time on a silly miracle like this. But there are important things happening here, beyond the memory of creation.

First, the fact that it happened at a wedding. Jesus’ first miracle at a wedding tells us that not only does God bless and transform human love and human relationships as holy and sacred. It also points to God’s eternal covenant with people of Israel and all God’s people, often described in Old Testament (like the lesson from Isaiah today) as a covenant of love and commitment so deep that it is like a marriage. God is so in love with us, so committed to us, that God will never let us go.

And specifically changing water into wine points to another image for the people of Israel that is often used in Bible: God’s people as God’s holy vineyard, that God planted and tends and wants to bear fruit, just as the earth began to bear fruit on the third day of creation. We are planted here as God’s holy people to bear the fruit of love in the world.

And as we know, it also represents the very blood of Jesus that we share in Communion, the blood of Christ that becomes a part of our own bodies when we worship together. Looking forward in the gospel of John, it tells us when Jesus dies, a soldier pierces his side with a spear and blood and water runs out. John doesn’t want us to miss this detail – He writes with emphasis: “He who saw this has testified so that you also may believe. His testimony is true, and he knows that he tells the truth.” In other words, he’s saying, I know this is incredible, but it’s the truth. I saw it, I saw blood and water come out together.

Jesus wants to transform us at deepest cellular level, into very body of Christ, still bringing transformation into this world today. Because as Christian people, we are called not only to interior transformation that assures us of a place in that eternal banquet. We are also called to work for the transformation, re-creation of this world.

This week, in honor of the Martin Luther King holiday, I watched the movie “Selma” again. It reminded me that it was precisely Dr. King’s faith in Jesus that called him to work for the transformation of the nation. And it was his faith in the tradition of non-violent resistance that he saw in Jesus’ ministry that inspired others in the country to be transformed. Having laws that assured people of the right to vote wasn’t enough as long as other human beings could be endlessly inventive about how to deny them those rights. But watching peaceful people being attacked on TV transformed the hearts of a nation, and led to the passage of the Civil Rights Act and the Voting Rights Act.

Martin Luther King is one example of how our faith in Jesus and the deep interior, cellular-level transformation he brings can help us to start bearing fruit in the world: planting further seeds of God’s kingdom, transforming the world with God’s love. Not that that work is complete because some victories have been won. We know that racial barriers, for instance, in this country still exist. The work of dismantling racism, injustice, poverty in this world continues.

But it is our calling as people who have accepted the love of Christ, who have been baptized into his body, and who have been transformed into the wine of the eternal wedding banquet, to continue to work for the transformation of the world, so that all of God’s beloved people can flourish.

An Epiphany, like the one we remember today, is a revelation of God’s love. And in the epiphany of Jesus turning ordinary water into the wine of the kingdom, we are invited to share in that miracle. We are invited to the wedding at Cana, along with Jesus and his disciples. We are invited to sense the good wine, to see it, smell it, taste it.

And we are invited not only to observe that good wine, but to become it. To let it transform us from the inside out – through worship and prayer, Bible study and service, giving and sharing the good news of Christ. Transforming lives with the love of Jesus Christ.