Six of my friends and colleagues in the Acts 8 Moment have been blogging about this question: What does it mean to be a 21st century missionary society?  Go read their posts!  All six of these amazing folks have great things to say, from very different perspectives, and these vital perspectives should be part of the conversation as we move into Episcopal Church restructuring, or re-imagining, as the Taskforce for Reimagining the Church (TREC) likes to put it.

All this talk of mission, and of what it takes to be a missionary society in the 21st century, is right on point with the whole restructuring movement.  Recall how this movement got started:  DFMS Chief Operating Officer Stacy Sauls made a presentation to the House of Bishops arguing that church-wide “governance and administration” costs were too high compared to “mission” costs. The bishops got to work at their diocesan conventions, restructuring became a clarion cry, and the 2012 General Convention unanimously (unanimously!) passed a resolution establishing TREC. 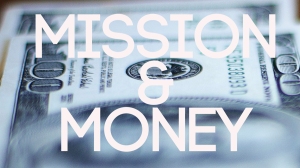 Note the overriding concern that began this whole restructuring movement:  the budget, and how we spend our money to support mission.  Recall also what the biggest controversy was leading up to that 2012 General Convention: ALSO the budget, and how our money is spent to support mission.  I had a big part in that conversation, and my blogging, I think, helped inspire a re-visioned budget for the current triennium that is based on the Anglican Five Marks of Mission.  (Scott Gunn and Tom Ferguson don’t have a monopoly on crowing about their ancient blog posts.)

All this is to say:  in all this talk about restructuring the church, let’s pay attention to how the proposals we make will affect the way we spend our money, because money is what started this conversation, and money is a vital part of this movement to restructure the church.  Money is not some dirty, tangential thing; money is a direct measure of our priorities.  Jesus knew this, which is why he told us over and over in many different ways that money is one of the most important spiritual issues of our lives.  Let’s be sure we are putting our treasure where want our hearts to be (heaven), because Jesus said clearly that wherever we put our treasure, our hearts will follow.

So does TREC have this goal in mind, of putting our treasure where we know our hearts should be?  They do seem to be operating on the unstated assumption that one purpose of this restructuring is to save money, or use it more wisely.  Hence the proposal to reduce the number of voting deputies, to save money (well, and be more “nimble” – Bingo!  There’s one of our special words!  I am feeling nostalgic for the 2012 General Convention!).

But other than that, their only mention of the issue that started this whole process is this, on page 3:

In the reform of the budget process, reduce the general assessment to dioceses to something closer to the biblical tithe, and develop a sensible means of holding dioceses accountable for paying their assessments.

For the record, I think both of these things are great ideas.  The problem is that (as far as I can tell) TREC hasn’t taken the least tiny look at how we actually spend our money, and whether such a reduction would be possible, and they certainly haven’t begun to propose reforms that would bring our spending down to that level.

TREC thinks the biblical tithe, or 10%, is a nice round number.  That sounds like a nice round number to me, too, and as the chair of the Executive Council budget process, I will work with you to try to make it happen if I possibly can.

But let’s be clear – a reduction from 19% to 10% is a huge reduction in TEC’s revenues.  Based on my quick-and-dirty estimate of the revenue lost if this reduction had happened in 2013, this reduction might cost us $27 million over the triennium.  (Even if we could convince every diocese paying less than 10% to up the ante to a full 10%, we would still have to cut $22 million from the budget.)  You can’t propose reform of that magnitude without telling us how you plan to accomplish it.  Otherwise we could end up, not with TREC doing a careful three-year process to create a coherent restructuring, but instead with PB&F doing the actual, effective restructuring on the second-to-last day of Convention, as happened in 2009.

Note: in these three blog posts, I will do my best to count up the financial effect of the reforms proposed so far – not because money is the only important aspect of these reforms (it’s not), but because it’s something I can do that as far as I can tell, no one else (including TREC) has done.  Hint: they’re not anywhere close to saving us $27 million yet. 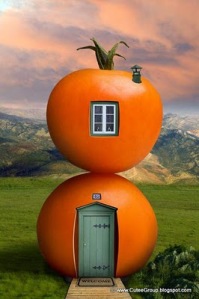 That’s not to say that this restructuring movement is entirely about money.  There are lots of inefficiencies, oddly constructed power structures, and unclear mandates in the way our systems have evolved, and this is a great time to correct those things.  TREC has some good ideas for how to do this.  And, as TREC correctly points out, The Episcopal Church needs to concentrate on mission, and restructuring “will not save the church or do the work of reaching out to the world in new ways with the transforming good news of the gospel.”  Underlying all the anxiety about money is the fact that the Church has less money now than it used to have because our numbers of active disciples are shrinking.  I hope that as this restructuring movement continues, we can find a way to empower mission and evangelism in the church.

The TREC Report on Governance and Administration

With that in mind, let’s take a look at the latest TREC Study Paper on Governance and Administration.  I am glad to see that TREC is finally getting to specifics, and some of their proposals have real merit.

In TREC’s “Identity and Vision Draft,” they talked about these questions at the 30,000-foot level, concluding that the church-wide structure should be a Catalyst, Connector, Capability Builder, and Convener.  Now they swoop right down to the 1-foot level, speaking about numbers of deputies per deputation, who reports to whom, and what to do with the CCABs (never mind if you don’t know what these are).  These are important questions, but we skipped some steps.

Unless we know what important things MUST be done at the church-wide level, we will never achieve clarity on our restructuring or on how we use our resources and our staff.  Some definition work needs to happen:

In the next post, I will talk about the role of General Convention.